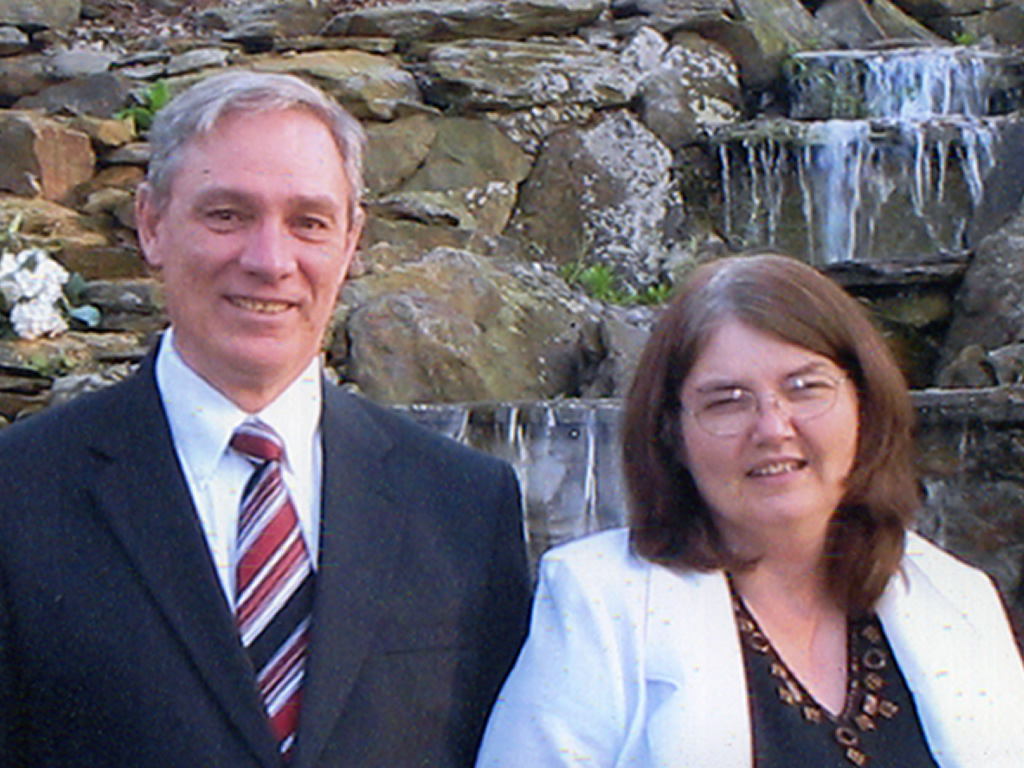 Woodburn Presbyterian includes your neighbors, friends, and fellow workers in the community of Leland in Northern Brunswick County, NC.  We are also a part of the community of believers who come together to share our oneness in Jesus Christ.  We are sinners who need forgiveness.  We are the people of God set apart as a light in the darkness of despair, loneliness, and defeat.  We offer a place of worship and renewal; a program for children, youth, and adults; and organizations for growth, recreation, and service to others.  We want to share the good news that God loves each of us and gives us peace, and hope for the future.  Our celebration and worship is through a traditional church service.

We invite you to visit us. Consider joining us in one of three ways:

This is a short history of Woodburn Presbyterian Church.  We hope you enjoy discovering the background of this church and a little of the area.

WOODBURN PRESBYTERIAN CHURCH began in the summer of 1922. In 1920, Dr. J.M. Wells discovered that a number of families were living between Wilmington and Leland were far removed from any church, and “without Sunday School privileges.”  The community was visited, and a Sunday School started.  Due to the impassable condition of the Eagle Island Causeway, this first Sunday School was discontinued.  In 1922, Dr. L. E. Farthing from the First Presbyterian Church in Wilmington, NC, organized a Sunday School for the Leland Community. There was not church of any denomination at that time. At first, the group met in the home of Mr. and Mrs. Joe Williams.  It was a small, brick, six-room house, on the left past Sturgeon Creek, on Old Village Road.  Next, they met in the home of Mr. and Mrs. George F. Ganey.  The Ganeys owned a piano, and Mrs. Ganey partitioned off Sunday School classes by hanging quilts between the doors.

Dr. Farthing’s work as Superintendent of the Brunswick County Sunday School was very much approved by the First Presbyterian Church, Wilmington. There were 5 workers, and 80 members in the Sunday School. Things were going well; Dr. Farthing even asked for help in obtaining a Sunday School building.

In March 1923, Dr. Farthing reported 8 officers and teachers, and 97 scholars in the Sunday School.  While visiting Mrs. Jackson Johnson of Winnabow, Dr. Farthing and Mr. D. C. Whitten described their work at what they called the Brunswick County Sunday School at the Crossroads.  Mrs. Johnson said to them, “You can’t call it that. Why don’t you name it  Woodburn after the plantation of Dr. Thomas Wood?” (This plantation was located off Navassa Road, to the right, before the bridge. There are no remains of the plantation.)  Thus, Woodburn Presbyterian Church got its name.

In May 1923, a revival was held in the Joseph & Eunice West Mintz home for the Woodburn outpost.  Mr. and Mrs. Mintz had moved to Wilmington, and had allowed the church to use their home until the new church building was completed on land given by Mr. and Mrs. Charlie Russ. The Russ house was located between the present-day Leland Baptist manse, and the empty lot. It was moved in the late 70’s. The Mintz fämily owned the strip of land between the two Russ properties. This land was sold to both the Woodburn Presbyterian, and the Leland Baptist Churches.

During this revival, a number of persons expressed their wishes to become members of a church. The Home Mission Committee of the First Presbyterian Church of Wilmington agreed to Sponsor a mission church at Woodburn.  A committee from First Presbyterian was formed by its Session in order to obtain a building for Woodburn.  This committee and local men worked on the new church building.  On Sunday, May 11, 1924, the Session Minutes Stated: On motion, the following persons were granted certificates of dismissal in order that they might unite with the Presbyterian Church to be organized at Woodburn Chapel this Afternoon. (Names listed later. The original charter members were on the membership roll of First Presbyterian Church in Wilmington and were transferred to Woodburn when it was instituted.)

A single room sanctuary was constructed and dedicated in 1924.

The Woodburn Presbyterian Church had a period of dynamic activity in the 50s and 60s. The 70s and 80s showed a decline in membership, that also parallels the mainstream churches and denominations nationwide.  In the 90’s the church and its membership, under the leadership of Franklin Toole, showed a revitalized activity and growth. This vitality has lead to a refocus on the activities and functions of the church.  In the new century, under the leadership of Claude Gamble, this vitality is progressing into the church that cares for its church family, and the community around it.

Some Recollections of Woodburn Events, and things to remember:

Her father died on May 18, 1924. His funeral was the first funeral at Woodburn. The pews were not even in the church yet. Those who came to the funeral, either brought their own chairs, or borrowed some.

The Padens, who were members of Woodburn, donated their old, reed pump organ to the church. When Woodburn got a piano, the organ was moved to a classroom in the back of the church. Later, after the organ had been out of use for a long period of time, Katherine Bragdon, decided that she wanted to use the organ in her upcoming wedding. She told the Padens, “I want the reed organ played at my wedding.” The Padens, along with others in the church, helped fulfill her dream. The organ was pulled out of storage, returned, and played at Katherine’s wedding.

When Katherine was a little girl, a revival was held at Woodburn. It was during the summer and before air conditioning. The sand gnats were especially bad that summer. Because of the heat, the windows were up. The preacher was having a rough time frying to preach with the gnats swarming all around, and he decided to do something about it. He prayed to God that if it was his will, they would not be bothered by the sand gnats anymore. Sure enough, the attendees of the revival did not see another sand gnat in the church for the rest of the week.

Sunday School was always a part of the church life. In the early days at Woodburn, Sunday School teachers, and leaders did not have textbooks to use for the lessons. They told stories, explained things, and helped the children learn about the Bible.

Woodburn Presbyterian Church had an Easter egg hunt for the younger generation. It was held on the Russ property. In those days, the only houses on the right side of the road past Sturgeon Creek were the Elks house, the Russ house, and the Mintz house. The egg hunt was held between the Russ  house, and the church. During one such hunt, a little girl ran into the road and was hit by a car. A relative of Katherine’s immediately ran to the girl, ripped off her slip, and tore it into strips. With these strips, she bandaged the child.

During the depression years, the youth of the church had to come up with their own entertainment. It was a hayride to the landing at Town Creek every February. It included a ‘weany roast’ over a big fire, with hot dogs and coffee. If it snowed, the determined young people went anyway.

There was also a hayride in the summer. This hayride would be to Lake Waccamaw in a large truck. Everyone would go to the bath houses, change into their bathing suits, and swim in the clear, water of Lake Waccamaw. Later, they would eat from the picnic baskets, and have homemade ice cream.

In addition to the picnics, the youth also ventured into Wilmington. In those days, the only way across the river was to ride the ferry. When everyone had enough money to pay the ferry fee, and a meal, they all piled into a car, and headed into the big city.

Halloween and Christmas was special to Woodburn. When Dr. Farthing was still at the church, he would bring the skeleton from his medical office to use in the annual haunted house. The haunted house was located in the back of the church. They also wet macaroni and used peeled gapes for other body parts. At Christmas, there was always a program performed by the Youth. The costumes were real ones, from First Presbyterian Church. Everyone received a gift from under the Christmas tree, even during the years when there was not much money.

Prayer meetings were held every Wednesday. Mr. Ellis kept the key to the church, and when the service was over, he locked up, and walked home. One Wednesday, someone fell asleep on the pew during the service. Mr. Ellis turned out the light, and locked the door, and everyone went home. Well, this young girl awoke to a locked up dark church. One of the neighbors heard this young girl screaming. They sent someone to the Ellis house for the key. The church was unlocked, and the poor little girl let out.

The first session meeting was held on May 11, 1924. W.W. Morton of First Presbyterian was the moderator, and D.G. Ellers, and Dawson Jones were  elected Elders. W.D. Anderson, and KB. Dresser were elected Deacons.

In 1925, the men of the church worked evenings and Saturdays in order to wire the church building for electricity. The first heating unit was a wood heater on the right side of the church. Later a coal/wood burning furnace was installed under the church.

The Women of the church was organized in 1928. The women used to cook dinners in the little log cabin of Mrs. Paden across the street from the church. They sold the dinners for 25 cents to the men and used the money to purchase an oil stove.

EVENTS in the DEVELOPMENT OF WOODBURN PRESBYTERIAN

The time for the Sunday School was now changed to 10AM

Date? – Small Community cemetery behind church was deeded to Woodburn.    This cemetery began as a result of the 1918 flu epidemic.

1941 – The west wing of the church was built. Members sold windowpanes at 10 cents per pane to help pay for the project.

1947 – The rear portion of the church, with stairs was added.

December 1954, Woodburn borrowed $22,000 for the extension of the main building, and the addition of two other buildings. This expansion would add several feet to the sanctuary, and pastor’s study, and a ladies lounge. The entire sanctuary would also be bricked. The educational building, including the fellowship hall, kitchen, and classrooms; and a garage for the manse would be the two new buildings. (The first fellowship was an old barracks building from Camp Davis.)  It was not until November 64, 1966 that the church was again debt free.  Mortgage burning ceremonies were held on Thanksgiving morning 1966.  Rev Richard Johnson was an important figure in these additions.  He built the cabinets in the new Fellowship hall and designed the entrance to the church. He supervised the bricking of the church. If it was not done to his satisfaction, he made the workers redo their work. Rev Johnson was also instrumental in designing, building, and installing the steeple.

2002 – The Church Bell was removed, and a Bell tower erected beside the church.

1999 – Most of the carpet on the sanctuary floors was removed and the original wood floors restored.

2001 – The Fellowship Hall was completely remodeled.  New handicapped capable restrooms were added, and the kitchen expanded and remodeled, and the entire building upgraded.

Numerous others have honored Woodburn Presbyterian in both a supply, and fill-in role. We would like to express our appreciation of each of these and their dedication. 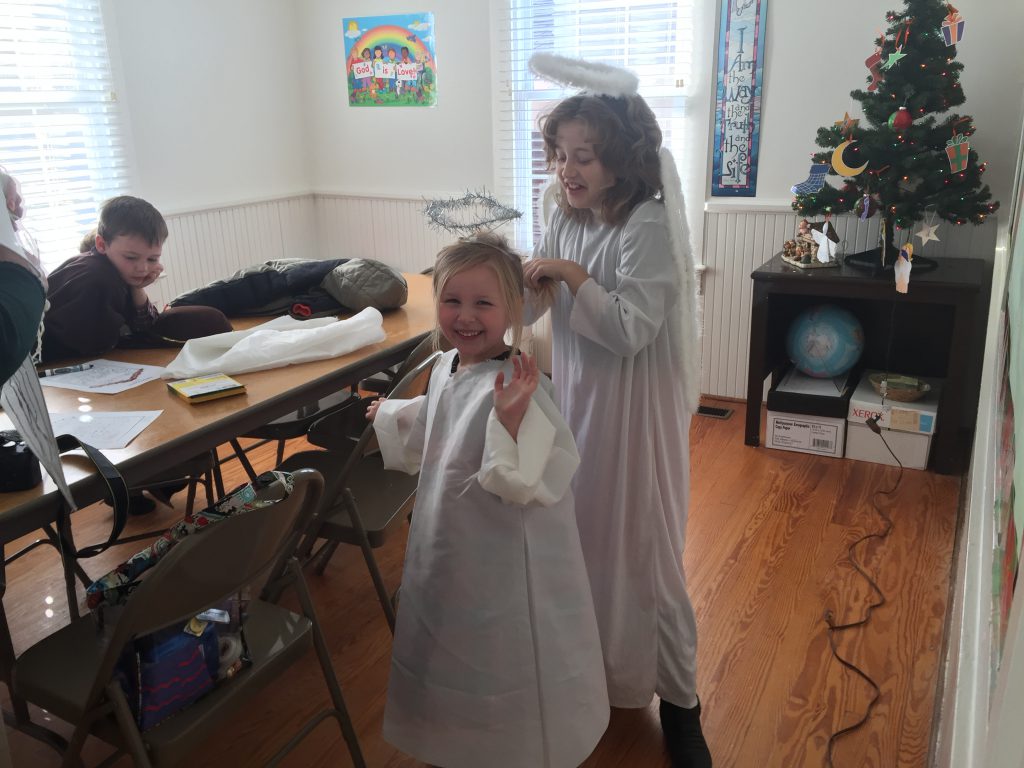